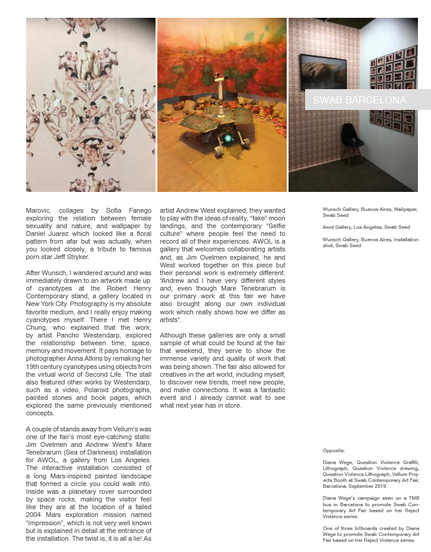 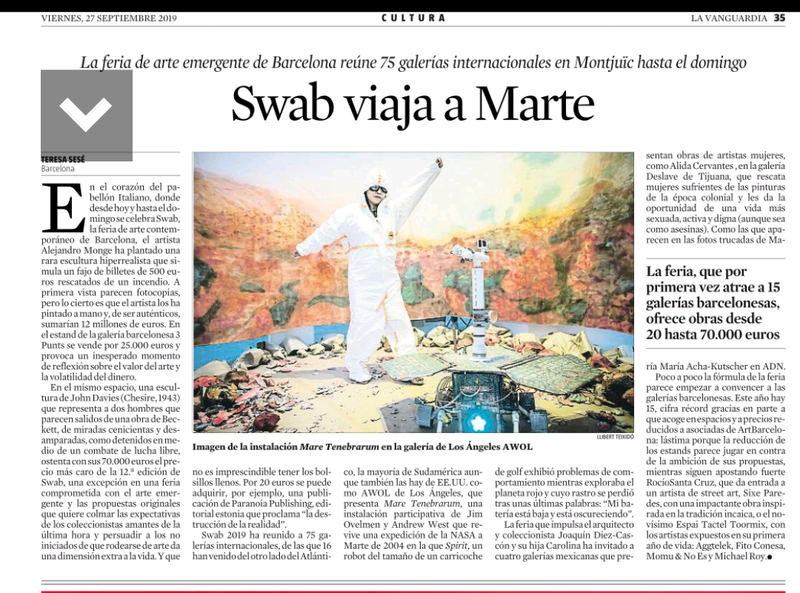 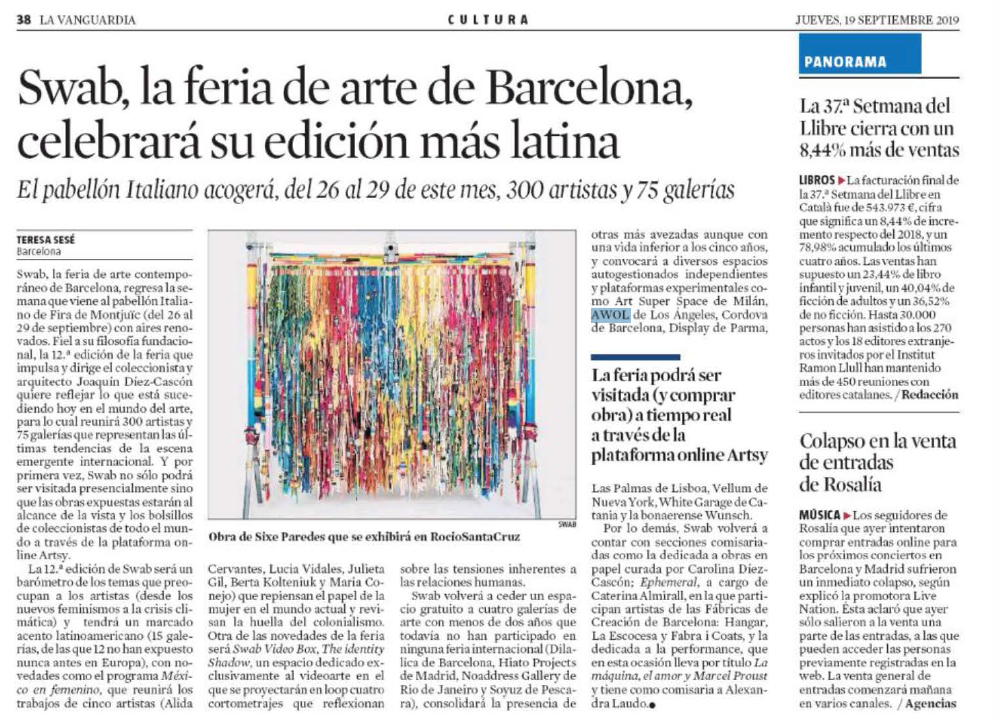 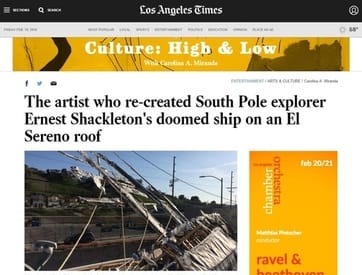 "Walk along Alhambra Avenue in El Sereno, past a storage company, a car wash, a motel, and you might come across an unexpected site: the profile of a listing wooden exploration ship on the roof of a stout, gray industrial building. The ship is an artistic recreation of the famous Endurance, the ship that belonged to South Pole explorer Ernest Shackleton. The building is home to AWOL gallery, an artist run space that opened on this industrial stretch late last summer.

The whole curious sight is an installation by Los Angeles artist Jim Ovelmen. (He and his partner, Nicole Wang, run AWOL.) Using wood and paper and artfully placed Styrofoam — a standin for Antarctica's  mountains of snow — Ovelmen has crafted a surreal tribute to Shackleton's doomed ship.

Down in the gallery, a chandelier, made out of wire and paper, as well as a club chair, give the room the feel of an early explorer's club. There is also a periscope, which provides video views of the ship. This video feed is also projected onto one wall — in a purposely degraded format that gives the footage a grainy, early 20th century newsreel look. The artist says that he has always been struck by the historic images of Shackleton's ship, which was engulfed and eventually crushed by sea ice early in 1915 as he attempted to cross Antarctica, forcing all of the explorers aboard to take to the ice for more than a year in an epic quest to survive.

"It's the iconography," says Ovelmen. "Seeing this beautiful ship with ice clinging to its ropes — this austere, beautiful ice painting." Since mid December,
the artist's sculpture (which was made in collaboration with architect Mehran Ayati) has sat on the roof, weathering El Niño wind and rain. And the last few weeks, Ovelmen and Ayati's piece has been partially transformed by East L.A. street artist Mondo Bobadilla (known as Mondo 59420). "I thought it felt appropriate to put it out there and let people react to it," says Ovelmen, "to destroy it, to bomb it." Bobadilla is also intrigued by Shackleton and the tale of his neardeath. "It's this incredible story of exploration," he says. "He is someone who is willing to take up this challenge that may lead to his demise or a lot of suffering." On Saturday night, AWOL hosts a reception to celebrate Phase 2 of the project....."
Read at LA TIMES 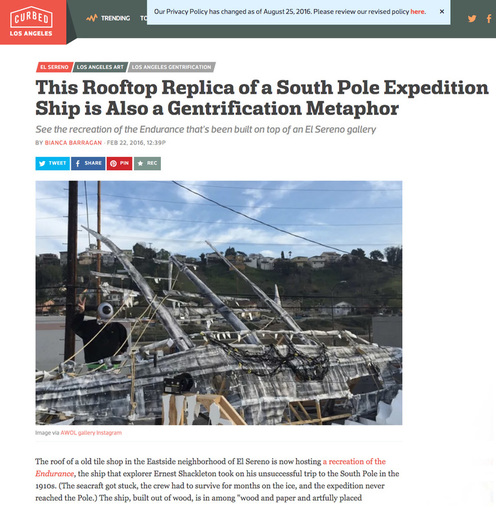